In 2015, Albertans went to the polls twice. Once to vote for a premier of our province and then for a Prime Minister. In both cases, the Conservatives went down. Provincially, orange became the new Blue as the New Democrat Party swept the province in convincing fashion. Federally, The Liberals won a majority government and Justin Trudeau became our 29th Prime Minister.

Both parties were very vocal about their fiscal platforms and the fact that they wanted to raise income taxes especially for higher income earners. In my 25 years in the financial industry, the one consistent message I heard from people was that they hated paying income taxes but obviously the vote for change was pretty powerful.

The change in income tax structure for Albertans is pretty significant so here’s a review of income taxes in Alberta – past, present and future.

If you are not sure about how the Marginal Tax Rate system works in Canada, you should review the difference between Marginal Tax and Average Tax

Prior to the new provincial and Federal Government in Alberta, here’s how the Marginal Tax rates looked for Albertans in 2014 and 2015: 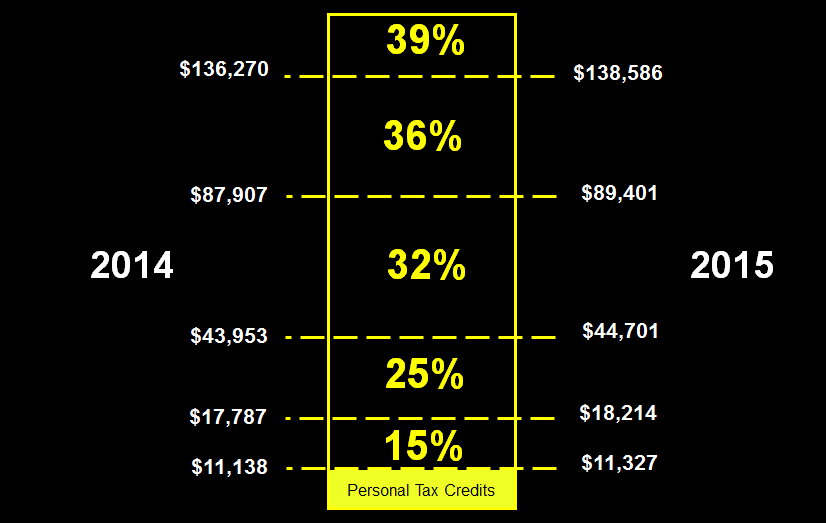 As of October 1, 2015, the Provincial NDP Government moved away from a flat tax to a progressive tax system where higher income earners would pay more. As of October 1, 2015, they introduced a 5 bracket tax system where individuals making less than $125,000 per year will still be taxed at 10% but if you make more, the tax will increase. Here’s the new income tax rates in Alberta:

The end result, when you combine Federal and Provincial income tax, looks like this: 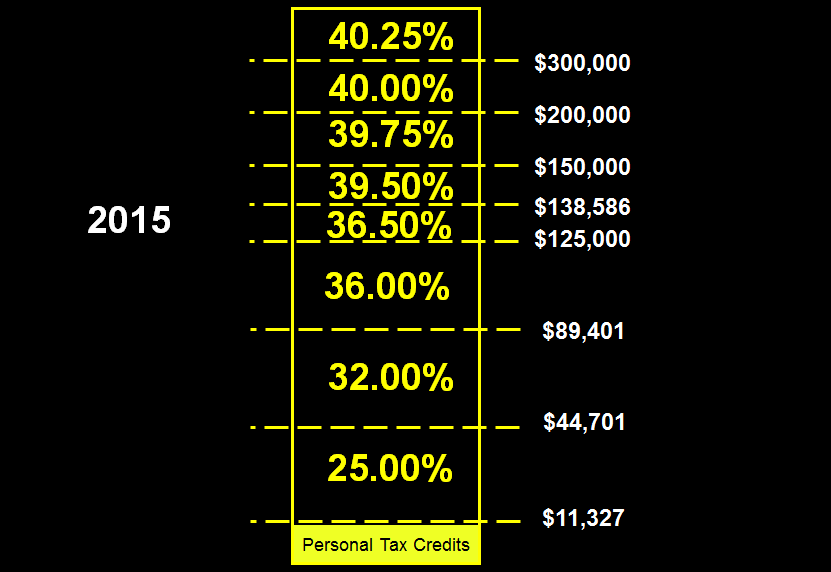 In 2016, some Albertans get hit with a double whammy! Provincial tax rates over $125,000 of income are going up significantly:

In addition to these tax hikes by the provincial NDP, the new Federal government also plans on sticking to it’s election platform of raising taxes on the highest tax bracket from 29% to 33% but lower taxes in the middle bracket ($44,701 to $89,401) from 32% to 30.5%

Here’s what the end result will look like for Albertans: 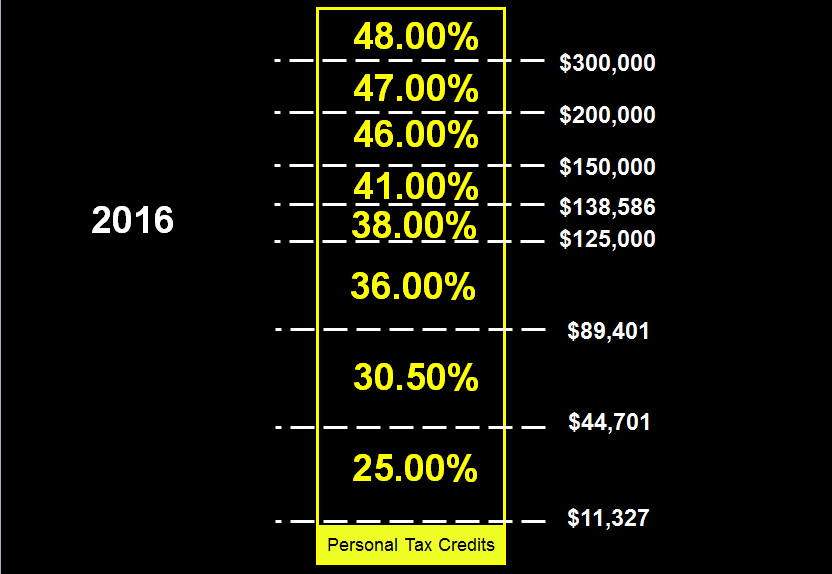 What does this mean to Albertans?

Overall, here’s the impact for Albertans who make different amounts of annual income
Some Albertans will be happy and some will not? Which camp are you?
Jim Yih

Are Canadians ignorant about taxes?

Life insurance is a simple product